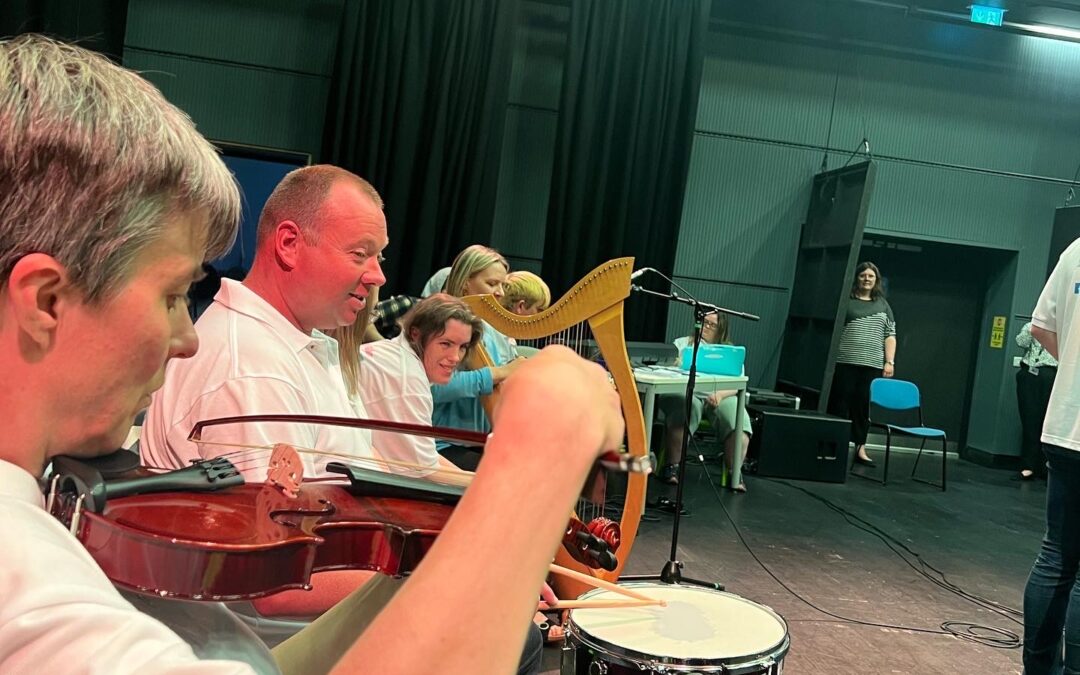 Our Arfon group were invited to be part of the Hijix Unity Festival (an intergrated theatre group) in Pontio, Bangor on 29 June.

The group performed a mix of popular songs including, Ysbyrs y Nos by Edward H, What About Now by Westlife and Love Yourself by Justin Bieber. Cân Canfod y Gân was performed, composed by the group during the first year of the project and an improvisation on Elin’s tune on the glockenspiel. In addition, Matthew performed his New song ‘Running Around in My Mind’, a song which he has released as an EP Bandcamp. The set was finished with the “crowd pleasers” Sosban Fach and Mam Wnaeth Gôt Imi where the audience joined in with us!

Thanks to Hijinx Theater Company for including us in their very special festival!